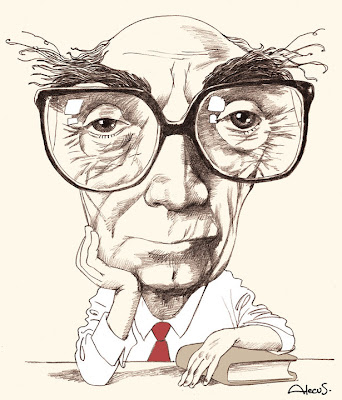 "No me hablen de la muerte porque ya la conozco" 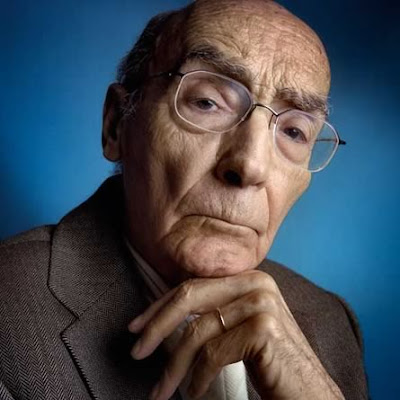 Venezuela's president, Hugo Chávez intends to inject new urgency into his socialist, anti-imperialist revolution because, he says, there is clear evidence that "capitalism is destroying the world".

In a combative 60-minute interview with the BBC Hardtalk programme in the presidential palace in Caracas, Venezuela's president blamed his country's deepening recession on the irresponsible economic policies of the US and he expressed disappointment with Barack Obama's "very negative signals" towards Latin America.

"I wish Obama would focus on governing the United States and would forget his country's imperialist pretensions," the 55-year-old leader said.

Chávez rarely grants extended interviews to the western media. This one was arranged to coincide with the Caracas premiere of Oliver Stone's new documentary, South of the Border. The film portrays a Latin America being transformed by leftist radicalism. The leaders of Brazil, Argentina, Bolivia and Ecuador all get walk-on parts, but it is their Venezuelan counterpart who has the starring role. Stone and Chávez shared a limousine to the red carpet launch of the film in Caracas's national theatre.

"What's being going on in Venezuela for the last 10 years is amazing – a piece of history. The least I can do is introduce this man and this movement to the American people," said Stone, Chávez beaming by his side.

Whether many Venezuelans will ever see the film remains unclear. The premiere was full of Socialist party bigwigs and activists who hooted with delight as their president was seen lambasting George Bush, beating off a coup attempt in 2002 and generally adopting the mantle of a 21st-century Castro. But no amount of support from a maverick US film-maker can disguise a simple truth; domestic support for Chávez's "Bolívarian socialism" is being sorely tested by a second consecutive year of recession.

Venezuela possesses the biggest oil reserves outside the Middle East and supplies more than a tenth of US oil imports, but still the economy has woefully underperformed others in Latin American in the last two years. Inflation is at 30% and seems likely to rise further. The Venezuelan currency, the bolívar, has been devalued and is still sinking among Caracas's parallel market money changers. In the capital's sprawling hillside barrios jobs are scarce and Chávez's party is looking electorally vulnerable just three months before parliamentary elections.

He blamed the economic woes squarely on America's "rampant, irresponsible capitalism" which was taking the world "on the road to hell". "In England and in Europe you should know this," he said. "You have more problems than we do."

Chávez quoted a stream of economic statistics to illustrate his claim that his 11 years in power had "begun to redress the balance between a very rich Venezuelan minority and a very poor majority" – unemployment halved, extreme poverty down from 25% to 5%, he said.

Domestic critics of his nationalisation programme – which has turned the oil, power and agriculture sectors into vast state bureaucracies – accuse him of creating a "Bolívarian bourgeoisie" of corrupt officials and cronies. But Chávez emphasised he intended to go further with his socialist model. Privately owned enterprises are now being expropriated with increasing frequency – a recent controversial example involved the French-owned Exito supermarket chain after allegations of profiteering and currency manipulation.

"Eleven years ago I was quite gullible," he said. "I even believed in a third way, I thought it was possible to put a human face on capitalism. But I was wrong. The only way to save the world is through socialism, but a socialism that exists within a democracy; there's no dictatorship here."

But a crackdown on opposition was highlighted last Friday with an arrest warrant issued for the owner of the TV channel Globovisión, which takes a critical line against Chávez.

Guillermo Zuloaga has since gone into hiding, but he recently told Hardtalk: "I have the right to have my own personal opinions and to say whatever I like about Mr Chávez ... he has to be able to accept criticism.'

"The socialism that Chávez is looking for is just a way to manufacture poor people."

During the interview Chávez became visibly agitated when questioned about his government's respect for an independent judiciary, freedom of the press and the rights of political opponents.

As the tension rose Oliver Stone, who was seated in a corner listening intently to the exchanges, gestured to the president with both hands. The message was easy to read: calm down.

Chávez claimed Venezuela's press was "100 times more free than that in the US", but when challenged over the recent suspension of the privately run RCTV, ostensibly for failing to abide by a legal requirement to air his numerous (often very long) addresses to the nation, he again went on the attack. "Another lie of yours. You're a great compiler of lies. Where did you get these huge lies from? Listen, are you a qualified journalist?"

It's not Chávez's domestic record that most concerns the west; it's his determination to create an "axis of unity" with those he sees as fellow strugglers against western imperialism. He lists the leaders of China, Russia, Syria and Belarus as "good friends", along with Iran's President Mahmoud Ahmadinejad. In the last three years Tehran and Caracas have strengthened military and intelligence co-operation while deepening trade ties, and Chávez responded indignantly to the latest round of UN sanctions against Iran. "Venezuela is a free country and we will not be blackmailed by anyone. We will not accept being told what to do over Iran, we will not accept being anyone's colony," said Chávez. But he categorically denied claims frequently aired in the US that Venezuela is supplying Iran with uranium.

His disappointment with the US president was expressed in highly personal terms. "I shook Obama's hand and I said, 'I want to be your friend.' My hand is still outstretched. I am not Obama's enemy but it's difficult not see imperialism in Washington. Those who don't see it, don't want to see it, like the ostrich."

The president did have a dialogue with the last Democrat in the White House, and that memory seems to have sharpened his disillusionment with Obama. 'I said to Hilary Clinton in front of President Obama, 'I wish I could enjoy the same relationship with a US president that I had when your husband was in power.'"

Chávez refused to say whether he would seek another term in elections scheduled for 2012. Though few doubt that he will, having pushed through the abolition of term-limits in a hard-fought referendum and he has spoken of ruling until 2030.

"Fidel has spent his whole life on his [revolution]," Chávez said. "Whatever life I have left I will dedicate to this peaceful democratic revolution in Venezuela."