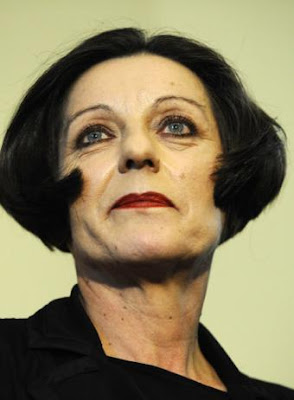 This was Barack Obama’s chance.

Here was an opportunity to cut himself free, in a stroke, from the baggage that’s weighed his presidency down — the implausible expectations, the utopian dreams, the messianic hoo-ha.

Here was a place to draw a clean line between himself and all the overzealous Obamaphiles, at home and abroad, who poured their post-Christian, post-Marxist yearnings into the vessel of his 2008 campaign.

Here was a chance to establish himself, definitively, as an American president — too self-confident to accept an unearned accolade, and too instinctively democratic to go along with European humbug.

He didn’t take it. Instead, he took the Nobel Peace Prize.

People have argued that you can’t turn down a Nobel. Please. Of course you can. Obama is a gifted rhetorician with world-class speechwriters. All he would have needed was a simple, graceful statement emphasizing the impossibility of accepting such an honor during his first year in office, with America’s armed forces still deep in two unfinished wars.

Would the world have been offended? Well, to start with, the prize isn’t given out by an imaginary “world community.” It’s voted on and handed out by a committee of five obscure Norwegians. So turning it down would have been a slap in the face, yes, to Thorbjorn Jagland, Kaci Kullmann Five, Sissel Marie Ronbeck, Inger-Marie Ytterhorn and Agot Valle. But it wouldn’t have been a slap in the face to the Europeans or the Africans, to Moscow or Beijing, or to any other population or great power that an American president should fret about offending.

In any case, it will be far more offensive when Obama takes the stage in Oslo this November instead of Morgan Tsvangirai, Zimbabwe’s heroic opposition leader; or Thich Quang Do, the Buddhist monk and critic of Vietnam’s authoritarian regime; or Rebiya Kadeer, exiled from China for her labors on behalf of the oppressed Uighur minority; or anyone who has courted death this year protesting for democracy in the Islamic Republic of Iran.

True, Obama didn’t ask for this. It was obvious, from his halting delivery and slightly shamefaced air last Friday, that he wishes the Nobel committee hadn’t put him in this spot.

But he still wasn’t brave enough to tell it no.

Obama gains nothing from the prize. No domestic constituency will become more favorably disposed to him because five Norwegians think he’s already changed the world — and the Republicans were just handed the punch line for an easy recession-era attack ad. (To quote the Democratic strategist Joe Trippi, anticipating the 30-second spots to come: “He got a Nobel Prize. What did you get? A pink slip.”)

Overseas, there was nobody, from Paris to Peshawar, who woke up Friday more disposed to work with the United States because of the Nobel committee’s decision — and plenty of more seasoned statesman who woke up laughing. (Vladimir Putin probably hasn’t snickered this much since John McCain tried to persuade Americans that “we are all Georgians” during last year’s weeklong war.)

At the same time, the prize leaves Obama more open to ridicule. It confirms, as a defining narrative of his presidency, the gap between his supporters’ cloud-cuckoo-land expectations and the inevitable disappointments of reality. It dovetails perfectly with the recent “Saturday Night Live” sketch in which he was depicted boasting about a year’s worth of nonaccomplishments. And it revives and ratifies John McCain’s only successful campaign gambit — his portrayal of Obama as “the world’s biggest celebrity,” famous more for being famous than for any concrete political accomplishment.

Great achievements may still await our Nobel president. If Obama goes from strength to strength, then this travesty will be remembered as a footnote to his administration, rather than a defining moment.

But by accepting the prize, he’s made failure, if and when it comes, that much more embarrassing and difficult to bear. What’s more, he’s etched in stone the phrase with which critics will dismiss his presidency.

When he heard the Nobel Peace Prize shocker on Friday, Bill Clinton went into one of his purple rages. He picked up the phone and dialed the one person on earth who would be as steamed as he was.

CLINTON: Hey, man, it’s me. This thing is plumb crazy. Can you believe it?

CLINTON: First that prig Carter. Then that prig Gore. And now President Paris Hilton. The guy’s in office three days and he gets the peace prize? He should have gotten the Nobel in chemistry, because chemistry’s all he’s got. Talk about a fairy tale. This ... is ... just ... wrong! It’s killing me, man. I feel like my head’s explodin’. First I had the vast right-wing conspiracy, and now I have the vast left-wing conspiracy.

W.: See, I’m the one who should be mad. Let me tell you, this Norwegia thing has nothing to do with him. It’s just another way for the pinkos of the world to drop a cow patty on my legacy. All that garbage in the prize statement about how special La Bamba is for bringing back wimpy multilateral diplomacy, dialogue and negotiations, the kind my dad and Scowcroft loved. Those Nobel ninnies are so lulu left they make the U.N. look like a Fox jamboree. The rookie already got rewarded once for not being me when he got elected. Gosh, what would he do without me?

CLINTON: Fine, but you never expected to win this prize. You were the quote-unquote war president and proud of it. I had to put up with a gazillion hours of Arafat’s insanity, but I guess that still wasn’t enough for those Oslo ice queens. I guess ending ethnic cleansing in Bosnia wasn’t enough, or bringing peace to Northern Ireland. And I guess my work with the Clinton Global Initiative saving lives in Africa and hanging with Bono and Barbra wasn’t enough.

W.: Calm down, bro. You gotta take care of that ticker.

CLINTON: It was a case of premature adulation.

CLINTON: If they weren’t going to give it to me, they should at least have given it to the Chinese human rights movement or the Iranian protesters or AIDS workers in the Congo. Or even Bono.

CLINTON: That would have helped make life better for the good guys and harder for the bad guys. Once again, action loses out to talk, just like with Hillary and Obama in the campaign. Nobel Prize for blah-blah-blah. Heck, I used to be considered a pretty good talker myself.

W.: It’s aggravating, I agree. But look at it this way, 42. Everybody’s laughing at La Bamba. He gets a Nobel for nada. Being loved by Europeans isn’t gonna do him any good here in the U.S. of A. I whupped that Frenchy Kerry, didn’t I?

CLINTON: The only peace Obama has made is bringing together the Taliban, Rush Limbaugh, the Palestinians and the Israelis to agree the guy is undeserving. It just confirms everyone’s suspicion that all this dude knows how to do is dazzle.

W.: He doesn’t want to be a Decider. He wants to be a Transformer. He transformed, all right — from Miss America to Miss Universe. He’s a five-spiral crash, and getting the gold is just a reminder of all he hasn’t done. He’s going to have to look over and see that big medallion hanging up there in the Oval, mocking him as an empty suit, a pretty boy beloved by the Blame-America-First crowd, whenever he has to send more troops to Afghanistan, or the Taliban act up, or Iran fires up for nukes.

CLINTON: Maybe you’re right, George. Some winners think the Nobel’s the kiss of death. Any peace prize that goes to Henry Kissinger but not Gandhi ain’t worth a can of Alpo. Heck, if Gandhi had known he was going to lose out to Henry the K, he could have had more time to eat french fries and chase girls.

W.: And finish getting dressed. Heh-heh-heh.

CLINTON: Barack’s going to give that $1.4 million away to charity. I got a charity. How ’bout he just signs it over to me? Speaking of money, we need to do another of those joint lecture things.

W.: I’m fairly footloose. This is the beginning of a beautiful friendship. Go choke on a herring, Norwegia!