The Careful U.S. Diplomacy on Honduras

Honduran President Manuel Zelaya was ousted by the army in late June 2009 after a months-long power struggle over his plans to seek a referendum to lift presidential term limits. Brookings Fellow Kevin Casas-Zamora, former vice president under Costa Rican President Oscar Arias, says that by putting its diplomatic weight behind a mediation effort by Arias to settle the Honduran crisis, the Obama administration has demonstrated sensitivity to Latin sensibilities. "They're trying to give the message that the inclusion of regional actors is very important and the United States won't go back to the days when it single-handedly intervened with a heavy hand," he says. The willingness of Zelaya to go along with the mediation effort shows that "he's trying to put some distance" between himself and Venezuelan President Hugo Chavez.

After Secretary of State Hillary Clinton met with Honduras' ousted president, Manuel Zelaya, on Tuesday, they announced that President Oscar Arias of Costa Rica will act as a mediator to settle this latest Latin American crisis. Roberto Micheletti, who was appointed president by Honduran lawmakers after Zelaya was forced out of the country ten days ago, will also participate in the mediation talks in Costa Rica. Does this mean that we're on a road to settling this problem?

I certainly hope so. At the very least, the fact that the mediator has been named means there's recognition by all the parties involved that the only way out of this mess is by setting in motion some kind of political dialogue. That in itself is very significant. But it's not just any kind of political dialogue. It's also a dialogue that Secretary Clinton and the U.S. administration have put their weight behind. The fact that they chose President Arias to be the mediator is certainly good news. He's a man that's very well respected across the region. By pure luck and coincidence, he happens to be holding the rotating presidency of the Central American Integration System, which is an integration arrangement between a set of institutions that exist to bind Central American countries. Since he holds the presidency of that, it's only appropriate that he steps into this mediating role. There's really no better person for the task at hand. 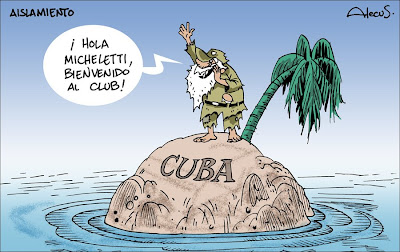 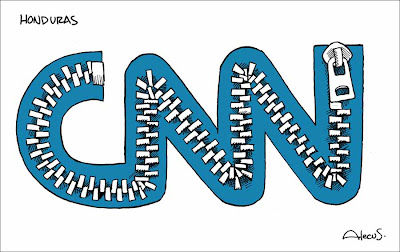 Who Cares About Zelaya?

(Tegucigalpa, Honduras) LAST week I asked my friend Julia what she thought about the coup d’état that deposed our president, Manuel Zelaya. Julia owns a mercadito, an old-fashioned grocery store that she set up in her garage. Like many middle-class housewives here, she started a business to contribute to the shrinking family budget.

Not far from Boulevard Morazán, the main avenue near the affluent Colonia Las Lomas, Julia’s store is a good place to hear the latest news and gossip.

“Oh, I love the curfew,” she joked. “I haven’t seen my husband come back home before 10 at night since my honeymoon.”

“But what do you think about Zelaya?” I insisted. “And what about Roberto Micheletti” — the president of Congress who is now interim president? She replied: “Micheletti, Zelaya, what do I care? Things will continue as usual. Nothing will change. All I want is that they let me live in peace to run my business.”

After almost 30 years of formal democracy, Julia, like most Hondurans, has lost all trust in politicians. While we have had basic liberties and precarious growth, our leaders have thoroughly failed to ease this country’s poverty and longstanding social divide. For these reasons, many Hondurans are apathetic about politicians — and politics in general.

Of course, over the past few weeks our political reality has been difficult to ignore. This past weekend, thousands of Zelaya supporters clashed with troops defending the airport in Tegucigalpa where Mr. Zelaya, flying in from Washington, tried to land. At least one person is reported to have died. But despite this commotion, life for many Hondurans has continued as usual. Banks, malls, stores, factories, farms, restaurants, taxis, buses, streets — everything looks normal, at least during the day. By night the country enjoys the peace of a cemetery, thanks to a curfew that now starts at 6:30 p.m.

Meanwhile, the outside world seems to be shocked and riveted by the ouster of Mr. Zelaya, who is now getting attention usually reserved for an international movie star. So why are we Hondurans so blasé?

Our weak political memory is a defense mechanism. Too many times we’ve greeted the inauguration of a new president with optimism, only to eventually feel fooled and frustrated by the political incompetence and corruption that followed. If he is not restored to power, something that seems less and less likely to happen, Mr. Zelaya will probably soon fade from our collective memory, just like so many of his predecessors.

And Mr. Zelaya, in many ways, is a typical Honduran politician. He began his four-year term in January 2006, and by mid-2008, the idea of a second term was already in the air, even though it is forbidden by the Constitution. Since its independence from Spain in 1821, Honduras has had 16 constitutions, as these documents were vulnerable to leaders’ desire to extend their stay in office. The current constitution, which came into effect in 1982 after many years of military rule, was written to forever protect the country against presidents’ overstaying their welcome.

But over the years, the lust for power has proved too strong. The first president under the 1982 Constitution, Roberto Suazo Córdova, sought to eliminate the constitutional prohibition. Most of his successors have also tried, one way or another, to stay in the presidential palace longer than they were constitutionally allowed.

But only Mr. Zelaya had the guts to go all the way to plan a referendum, laying the groundwork for an assembly to remake the Constitution to allow him to serve one more term. His larger goal seemed to be a change from our democratic system into a kind of 21st-century socialism. In other words, he wanted to create a Hugo Chávez-type of government.

Such plans aroused the fears of this conservative society, whose middle-class members look at Venezuela and ask why we should adopt the ways of a country that does not seem to have progressed very much over the past decade, and where freedom of the press and other liberties have been suppressed.

Many abroad are obsessing over the question of whether Mr. Zelaya’s ouster was legal, or a classic military coup. But this debate obscures the fact that for many years, Honduras has just been one big crisis waiting to happen.

The economic reforms of 1990 led to a strong devaluation of our currency and an inflation that decreased real salaries, and important sectors of the middle class were forced into destitution. These dismal economic realities are interwoven with corruption and a system where the profits from drug trafficking are apparently used to finance political parties.

Mr. Zelaya’s attempt to land in Tegucigalpa on Sunday reaffirms his fearless but unreasonable temperament. Yet even in the chaos were signs of hope: Among thousands of protesters, only a relative few tried to storm the airport’s fence and confront the soldiers. This could mean that most Hondurans are looking for a peaceful solution to the crisis.

Mr. Zelaya may or may not return to serve the remaining months of his term. But for the future of Honduras, does it really even matter? Until a new generation of young, uncontaminated, democratic politicians take control — and the deep inequalities in our economic system are addressed — we will not be able to trust our leaders. 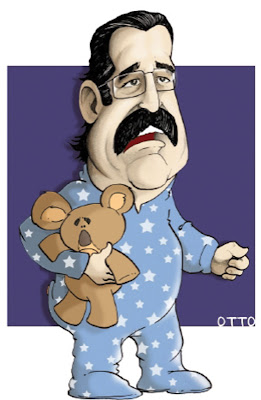 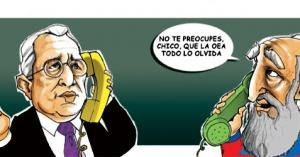